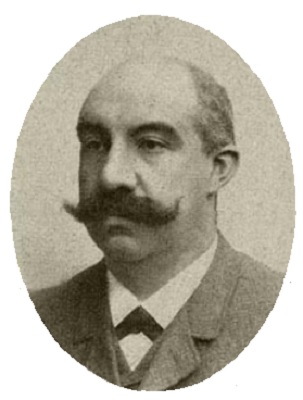 Anton Herman Amory was born in the small city of Gorinchem in 1862. He married Elisabeth Berends, who was a writer under the pen name Vada. Amory would later use her poems for some of his songs.

His musical education was provided by Hendrik Meijroos, although he mostly was self-taught as a composer. When he was 19 years old, Amory started working as a teacher of music theory, piano, violin and composition at the music schools of Arnhem and Wageningen. In 1908 he was one of the three founders of the "Arnhem Society of Chamber Music Concerts", which was in 1946 continued as the Arnhem Society for Chamber Music ('AVVK"), which still exists today.

During his life, Amory was treasurer of the Koninklijke Nederlandse Toonkunstenaars Vereeniging, a Dutch organisation that guarded the interests of Dutch musicians, teachers and composers. He also wrote books about music and music teaching, and wrote reviews on music for the newspaper Nieuwe Arnhemsche Courant. Because of his connection to the city, Amory got his own street in Arnhem.

In 1930 Amory died of problems with his heart in a hospital in Arnhem.

The Sonatine op.53 no.2 is a nice short three part work with surprising melodic and harmonic turns and a skittish character. The music of Amory is scarcely found nowadays, but we were lucky to discover this piece in an old publication from the former publisher Alsbach Amsterdam.